Football is Better at the Beach!

Posted On: September 10th, 2019 Filed Under: Uncategorized No Comments on Football is Better at the Beach!

When you think of fall, what is the first thing that comes to mind? Football season, baby! At Chinook Winds Casino Resort, we decided to kick off with plenty of ways to cheer on your favorite team!

“You’re only as good as your last pass.” – Brett Favre

Check out our Season Kick off Promotion in the Casino on Sundays at 4pm and Thursdays at 7pm, 8pm and 9pm. Enter your drawing tickets into the virtual bin for an opportunity to be drawn and go head to head in our Season Kick off Game. Three contestants will start at the 25-yard line and will choose envelopes based on the order they were drawn. Each envelope has a run or pass play and you move forward the amount of yardage gained on the card. Be wary of penalty cards as they send you backwards! The first contestant to cross the goal line for a touch down wins! First place wins $1,000 on Thursday and $5,000 on Sunday! Consolation prizes for the other two contestants are $250 cash with $250 $andollars on Thursday and $500 cash with $500 $andollars on Sundays!

“Success isn’t owned. It’s leased and rent is due every day.” J.J. Watt

Starting September 3, 2019 and ending on December 29, 2019 enter weekly for your chance to win up to $350 + potential bonus!!  Beginning Tuesdays at 5pm and ending one minute before kick-off of the first Sunday game, head over to one of the kiosks on the casino floor and make your best picks of which team will win the following Sunday and Monday. In the event of a tie during Weekly Contests, the participant who entered their pick set first, will win the tie. If any of the NFL regular season games officially ends in a tie, either team selected will count as an unsuccessful prediction.

Weekly prizes include the following:

A $250 cash bonus will be paid weekly to the 1st place finisher if they have a perfect card (a pick set where all winners are chosen correctly).  If no perfect card is entered in a specific week, the $250 cash bonus rolls over into subsequent weeks until a perfect card is submitted.  In the event of a tie in Season Long competition, the participant who entered their pick set in week 17 first, will win the tie. Season long prizes will be awarded to guests with most correct picks throughout the entire season. If there are no perfect cards are entered in week 16, that week’s bonus and any bonus money that has rolled over will not be awarded.

Potential Season prizes include the following:

“We didn’t lose the game; we just ran out of time.” – Vince Lombardi

Monday nights you can find us hanging out at Aces Sports Bar and Grill vying for coveted NFL themed prizes while watching the weekly game! Simply show up to get an initial drawing ticket. Additional tickets are given out per order of food items. The more appetizers, the more tickets!  Those drawn will get the opportunity to play a random game in order to get NFL merch, gift certificates and more!

Come in and enjoy the season at Chinook Winds.  Where Football is Better at the Beach! 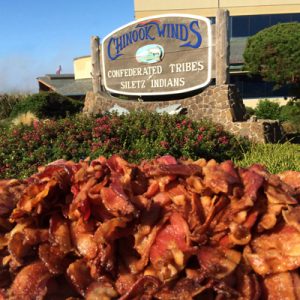 Summer is coming upon us! Who is ready for a good excuse to visit the beach? Here are some of our upcoming events that give back to our veterans and local charities! 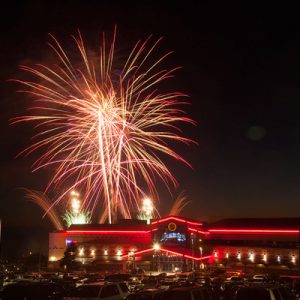 Kicking off the summer events is our 24th Anniversary, with Clay Walker performing on June 20th and 21st at 8pm and the big fireworks show on June 22nd at approximately 10pm. We have the Brewers Classic Golf Tournament, benefiting Lincoln City scholarships, on June 29th. That same weekend we have the first annual Bigfoot Fest! Complete with escape room adventures Jun 28th and 30th as well as our Bigfoot Hunt Giveaway Finale on June 30th.

Did you know that bacon dates back 3,500 years?  On July 13th we host our fifth annual Beach, Bacon and Brew Fest! $25 entry fee gets you beer tastings from over 20 brews, $5 in free slot play, as well as access to great food vendors, and live music! Purchase bacon bits at $1 per bit to enjoy original bacon recipes made by local charities. Each charity competes to win the title of who has the best bacon dish. All money earned from those bacon bits goes to the charity it’s dropped at. The Brewfest will go from 12pm-6pm with live music throughout the day to enjoy. Designated driver tickets are available at a reduced price. 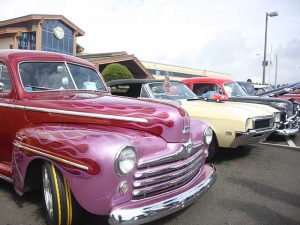 Surf City Classic Car show and SoundOff competition are coming back on August 24th and 25th.  There will be everything from hot rods to custom cars, vintage corvettes, bikes and trucks at this show!  Car registration Is just $10 and includes a t-shirt and $5 in Free Slot Play! This timeless show takes place in the main parking area in front of the casino and all registration proceeds go to Angels Anonymous, a local non-profit created to assist our community with immediate needs. Surf City also brings in great car-related vendors as well as food, live bands and a beer garden. Soundoff is heading into its eighth year and is sure to be bigger and louder than ever! Awarding competitors with best sound quality and loudest car audio. Most competitors enter contests all over the country to earn points towards national level competition. Our Surf City SoundOff winners get triple points towards an invitation to the prestigious dB Drag Racing Worlds Finals! We also hold raffles to benefit Angels Anonymous. 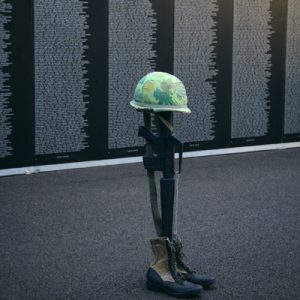 The 15th annual Celebration of Honor returns September 18th- 22nd and will feature medal ceremonies, a special glass float drop, The Field of Honor, plus a free buffet, and a buy-one-get-one-free deal on a comedy show are available for veterans, active military personnel and their families.  Veteran’s services and Military displays are found in the large tent at our parking lot. This year, the Traveling Memorial Wall will be available for viewing throughout the week. Please join Chinook Winds Casino Resort in honoring those who have served and continue to serve in all branches of the military.

Mark your calendars and make plans with friends and family to attend these fantastic summer events! We hope to see you soon.  Check back soon for more updates on what’s coming up at Chinook Winds!