Late Night Comedy on the Coast May 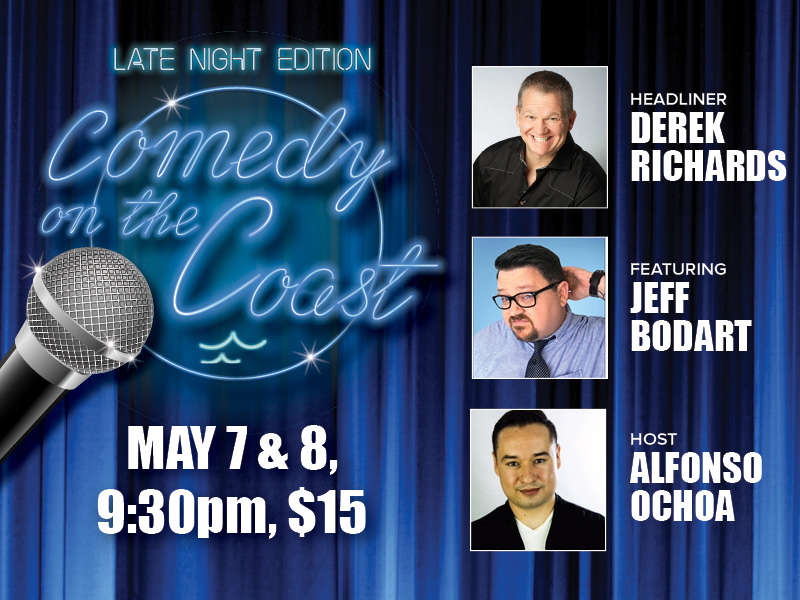 Located in the Chinook Winds Showroom! 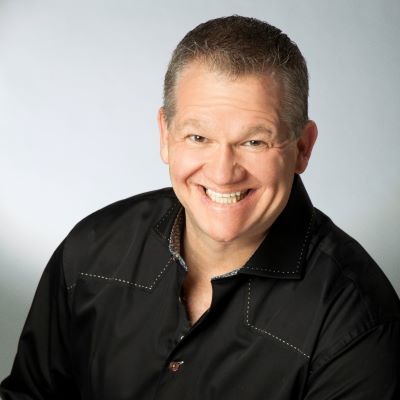 Derek Richards’ act is fast, fresh and, at times, fanatical – often described as a politically incorrect discussion amongst friends at a bar. Show after show, Derek brings the funny with tales about his Detroit, blue-collar upbringing, his mom’s dog, the holidays, living in Florida, and dating an exotic dancer.

A veteran of several USO tours, Richards was chosen as one of the first performers at Guantanamo Bay, Cuba after the base began guarding jailed Al-Qaeda terrorists. The comedy tour earned Richards national coverage in Newsweek. He also has performed at U.S. base camps in seven countries, including Iraq and Afghanistan.

You can catch Richards on the air via the Sirius/XM Satellite Radio Network and on the nationally syndicated, Bob and Tom Show along with Bob and Sheri. He also appeared on The Weather Channel’s Top 10 series. Along with his solo appearances, he can be seen with The Irish Comedy Tour. He’s also opened for the Four Tops and the Temptations. 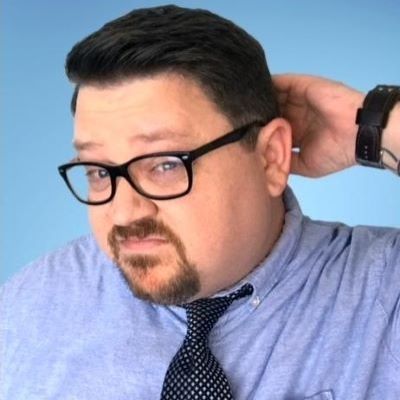 Jeff Bodart has been making a name for himself performing in comedy clubs, corporate gigs and other special events across the country for 20 years. He is a regular guest and contributing writer for the nationally syndicated radio show, The Bob & Tom Show.

You may have seen Jeff on the Comcast Cable network, WB, or Fox TV. You may have also heard him on Sirius/XM satellite radio’s Jeff and Larry’s Comedy Round Up or Comedy Central Radio.

Jeff was a semi-finalist in Comedy Central’s national talent search, Up Next. And he has also performed in the comedy festivals: The World Series of Comedy, Laugh Your Asheville Off and was also invited to perform at the Cape Fear Comedy Festival.

In 2012, On Tour Records released Jeff’s first comedy album, They’re Still in the Can, and in 2018, they released his second album, Adorable & Affordable, which went to number 1 on iTunes and Amazon comedy charts.

Jeff’s style is so relatable you’ll feel like you’ve known him for years, which makes him a fan favorite. Being the youngest in his Biblically-named family, Jeff was destined for the life of comedy. His animated and goofy demeanor combined with edgy quips covering his family, dating life, working out and food make for nonstop laughs.

Viral phenom comic Alfonso Ochoa is one of the fastest rising stars in the industry. Chances are you’ve seen one of his stand up clips as they have garnered over 10 million views along with hundreds of thousands of likes and shares and those numbers are rapidly climbing. He has also been featured on Fox networks stand up comedy clip show Laughs and the Comedy Time network.

Alfonso, a SoCal native, focuses on his life more than observations to draw his material. He stands out from most comics of today who either rely on pandering or shock value to get a big reaction from a crowd. His jokes are grounded in real experiences, are intricately structured and are delivered with perfect timing.