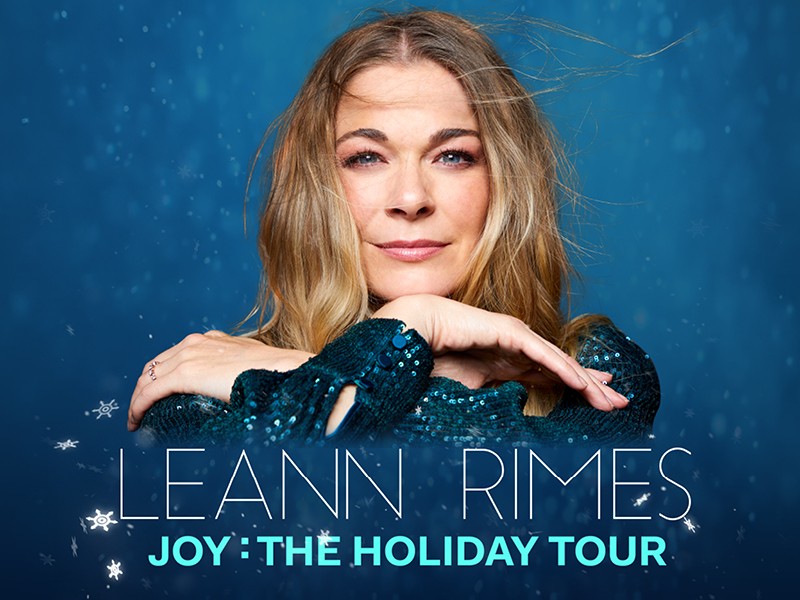 The powerhouse vocalist lit up television screens throughout the 2018 holiday season as she starred and served as an executive producer in Hallmark’s It’s Christmas, Eve, which earned the highest TV original movie debut to-date for the channel, premiering to over 4.3 million viewers. In 2020, shined the brightest and won season four of FOX’s The Masked Singer, with what Entertainment Weekly stating that she delivered “the most beautiful performance in the history of The Masked Singer.”

Passionate about using her voice to help heal the world, LeAnn was honored with the Ally of Equality Award by the Human Rights Campaign for her over 20 years of support of equal rights, the 2019 HOPE Award for Depression Advocacy, and 2009 ACM Humanitarian Award, among other recognitions. She continues to channel her voice in new ways, releasing CHANT: The Human & The Holy (EverLe Records / Thirty Tigers), which spent 5 weeks at #1 on iTunes New Age Chart, as well as her iHeartRadio mental health and wholeness podcast, Wholly Human, that brings her lifestyle blog, Soul of EverLe, to life. Now in its third season, Wholly Human previously reached #2 on iTunes Health & Fitness Chart, placed in the Top 35 overall for podcasts worldwide and was recently named as one of the 15 best mental health podcasts that educate and empower listeners by Good Housekeeping. LeAnn is now celebrating her 25th anniversary as a recording artist, commemorating the release of her debut album Blue, and will release her next studio album, god’s work, on September 16th.