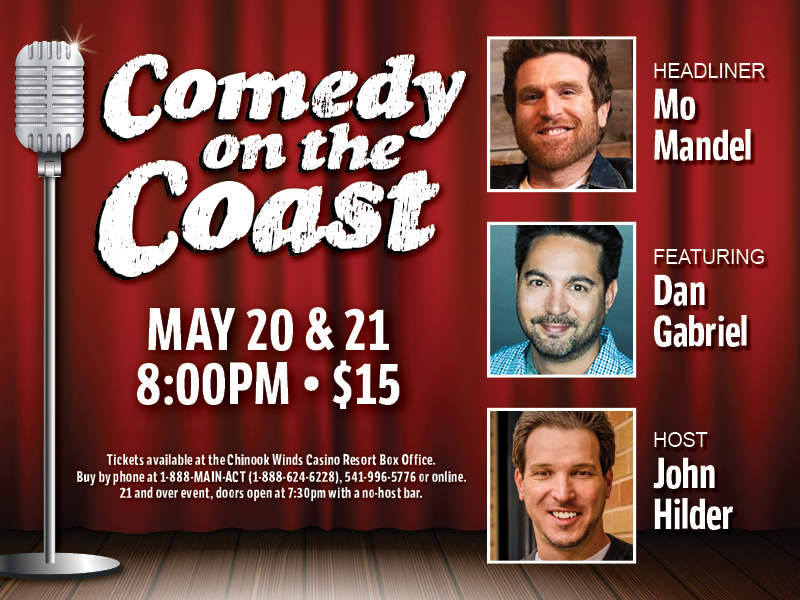 Mo Mandel has been on fire on all fronts. Along with making recent appearances on CBS’S hit show, 2 Broke Girls, and Comedy Central’s new sitcom, Corporate, Mo just released his first hour special on Amazon to critical acclaim, and the series that he created and executive produces, Comedy Knockout, recently premiered its 3rd season on trutv.

Mo Mandel’s standup career really began when he had his TV debut on The Late Late Show with Craig Ferguson in  2007. The same year he also won Comedy Central’s Open Mic Fight. Best known for making over 40 appearances on Chelsea Lately and hosting trutv’s Barmageddon, Mo has also made numerous appearances on Conan, The Late Late Show, has a half hour special on Comedy Central, and has even been a guest on big podcasts like Adam Corolla, The Fighter And The Kid, Your Mom’s House, Bertcast, and Juicy Scoop. In the past, Mandel guest starred on such hit shows as Modern Family, Castle, Happy Endings, and was one of the leads of NBC’S comedy Free Agents, opposite Hank Azaria. Most recently, in 2020, Mo created, EP’d, and hosted a travel special for The Discovery Channel called Small Town Throwdown.

Dan Gabriel got bit by the comedy bug early in life. Dan grew up immersed in the world famous San Francisco comedy scene where his mom took him to comedy shows when he was just in grade school. While other kids were trading Garbage Pail Kids, Dan was trying to make his friends listen to Steve Martin albums on his travel case record player.

In college, he stepped up on stage for the first time and was instantly hooked. Ignoring his studies, Dan spent his nights at any open mic night or comedy event he could find. After graduation he began opening for his heroes like Dave Chappelle, Mitch Hedberg and George Lopez. Since then Dan has worked his way from opening act to nationally touring headliner.

Now considered a veteran jokesmith, Dan has appeared on CBS’s Late Late Show with Craig Ferguson, Showtime, Comedy Central’s Premium Blend, CBS’s Star Search, and NBC’s Late Friday just to name a few. He was an award winning writer for Thugs on Film on BBC America and the Winner of the L.A. Take Out Comedy Competition. Take Out opened the doors for Dan to co-develop and host the hit first season of Asia Street Comedy, on AZN TV. Today you can hear his podcast, The Best Medicine on iTunes as well as his two critically acclaimed comedy albums, Giant Robot and Baby For Sale.

John Hilder is an up and coming comedian who is quickly making a name for himself as one of the funniest and hardest working young comics in America.

John was born and raised in the comedic hotbed of Salt Lake City, Utah, but moved to Las Vegas in 2004 to pursue a life of comedy and sin. With his quirky personality, unparalleled originality and fearless attitude on stage, John quickly rose above the fray to become one of the most respected local comedians in the city. By seamlessly combining his small town innocence with a big city edge, John has become a favorite in some of the biggest casinos in Las Vegas, including the Palms, the Rio, Planet Hollywood, Bally’s, and the Mandalay Bay.

In the years since his move to Las Vegas John has toured comedy clubs, colleges, bars, theatres, casinos, sock hops, and any other venue or event he could find with a microphone and a semi-attentive audience. He was also a writer and featured member of the Las Vegas Laughs Street Team on the Fox television affiliate in Las Vegas. In January 2010 John released his debut comedy album entitled Johnsense, which is currently available on iTunes and Amazon. Needless to say, it is taking the country by sarcastic storm.